NAIDOC Week will be held from Sunday 3 July to Sunday 10 July and this year’s theme is ‘Get Up! Stand Up! Show Up!’. The theme calls for all Australians to continue advocating for systemic change. The theme also celebrates the many Aboriginal and Torres Strait Islander leaders who have driven and led change in our communities over generations. We were lucky enough to interview one of those leaders, Kenny Bedford who sits on the NAIDOC Committee, to discuss NAIDOC Week’s focus, impact and how we can all get involved in celebrating.

Tell me a bit about yourself, who’s your mob and where are you from? And how did you get involved with the NAIDOC Committee?

I am from the Meuram Tribe from Erub, which is in the Northeast of the Torres Strait Australia and I have been on the National NAIDOC Committee now for five years, but I have always been involved in NAIDOC in different shapes and forms, given its importance in our community.

I also sit on the board of Reconciliation Australia, which is interesting, because I am the only one who’s on both. So, I play a bit of a connecting role if you like. I mean we are closer than ever in terms of the way we do business, and you can see that very much this year reflected in the theme. So, Reconciliation Week was, ‘Be brave.  Make change’ and then for NAIDOC week ‘Get Up! Stand Up! Show Up!’ So, quite strong themes and really fitting, particularly around the federal election and the outcome we’ve got. Since Prime Minister Albanese has come into power, we know his government is committed to the Uluru Statement from the Heart, both strong themes leading up to and around what’s happening across the Nation.

What does this year’s theme mean to you and the committee?

I think the important thing is that the NAIDOC Committee has gone back to a theme that is encouraging and unifying and a call to action. So, we’ve had ‘Voice, Treaty, Truth’ in recent years and the very popular ‘Always was, Always will be.’ So, this is a continuation of that. It was very much designed around the rejection of us as a people really, by the former governments to walk with us and to give us a voice, to help us have a voice to parliament and the work we still have left to do to be recognised.

It’s about not being complacent, recognising that there have been a lot of people before us and on the shoulders of those giants we stand but still have much work to do. I am just going to keep going back to the fact that we have done all of this work, not only leading up to the Uluru Statement from the Heart, but for many decades before that and we have ongoing, heavy lifting to share in.

All the work to date, all it’s done is cracked open the opportunity we have now, for the hard work that we have got as a nation to get this referendum across the line. Treaty processes have already started around the country in various shapes and forms and I think most Australians now have come around to realising the importance of truth telling. For us having a shared history, one that talks truth, about what’s gone on. Not just the colonial version, but the all-inclusive modern history that is really going to set us up for being a better nation, a much more mature nation. One that owns its history, own’s it’s ancient culture and does that proudly, that’s all part of that healing. So ‘Get Up, Stand Up, Show Up’ is saying there is still plenty of work to do, what are you doing about it? Let’s share the responsibility.

NAIDOC week has grown year on year and it appears more and more people in the broader community are getting behind it. How much has it grown and what would you say has been the main reason why?

NAIDOC is still very much around celebrating Aboriginal and Torres Strait Islander Peoples; our survival, our culture, our diversity, our connection to the nation. But again, it is another reflection of how we are as peoples.

We have been very generous in sharing our culture with Australians broadly and I think it is also a reflection of where we are as a country, we are less threatened by black people and black issues. We are starting to appreciate the oldest living continuous culture in the world. People are starting to be proud of that and are wanting to learn more about our history.

The first theme I was involved in was ‘Because of her, We can’. And that was such a unifying theme, that was incredible across the community, because it really drew all Australians in, for obvious reason. I think especially since then non-indigenous people have, felt more comfortable, thinking “Hey this is something pretty special to be celebrating, and it is not that bad to march with these black people, they are right. Let’s get behind them and let’s support them”. So those barriers are broken down over time.

Where would you like to see NAIDOC Week in 5 years?

Well it’s a really important question for the Committee at the moment because right now we are looking at the question of the structure of the Committee and the role it plays in to the future.

So, the national NAIDOC Committee has a few primary roles and that is to set the theme for NAIDOC Week, judge the theme poster competition, and manage and judge the national NAIDOC awards. So, it is really about setting the scene Nationally, but it has got to a point now where we have got to put in place an organisation that can better respond to the enormous popularity and interest that has grown around National NAIDOC week. So many people, which is great, want to be a part of the celebration and the way we are currently set up is struggling to handle all of the growing interest and opportunities that come with the celebration.

So, from here I am hoping that we can think about how we can serve the community a lot better and that is going to take some attention and important deliberations over the next 12 to 18 months I think, because there are some important challenges to consider.

What role do you see NAIDOC Week playing in improving social and economic outcomes for First Nations individuals and communities?

Well, it’s by indirectly setting up for those connections, conversations and events around the country. The week is another way that we connect people and community. Whether that’s through an event, relationships, business or as communities and it becomes that catalyst for exchanging and talking and sharing and promoting what we are doing in the community. So, it plays a big role in those relationships, both socially and economically.

Why is it important for the broader community to get behind NAIDOC Week?

To recognise and respect our First Nations peoples and our connection to this Country. It’s all part of the process of ​embracing and celebrating our survival and living cultures.  It is a generous opportunity to learn more about our shared history and to be part of our healing and weaving together our shared future going forward.

As a person reading this, what can I do to show my support for NAIDOC Week?

Go to the NAIDOC Week and Reconciliation Australia websites, there is plenty of information there for people and lots of suggestions on ways to increase your knowledge and understanding. To learn about your local area, but also the true national history and the local Indigenous stories. There are hundreds, hundreds of activities you can do, from reading a whole wide range of publications and articles to watching relevant movies and documentaries, understanding whose Country you live on, and who are the Traditional Owners of that place.

Have you read the Uluru Statement from the Heart?  Do you understand the important difference it would make to our Aboriginal and Torres Strait Islander Peoples to be recognised in the Constitution with a protected advisory voice to Parliament, a voice that gives advice only to the policies and laws that affect us? There are so many different ways but it is really to open up your minds and hearts and say, “I’m going to get up, stand up, show up to help build a better Nation and future for the next generation.” 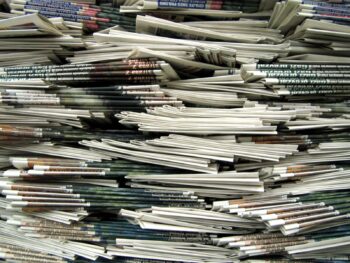 Welcome to Country has appeared in: 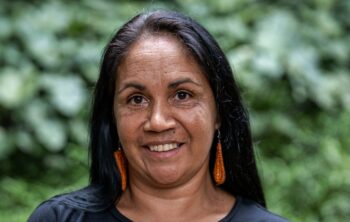 What can you do to help the New South Wales North Coast recovery effort?

The North Coast of New South Wales has been through a lot in the last couple of years. With almost biblical ferocity the coast has been hit by fires, floods… 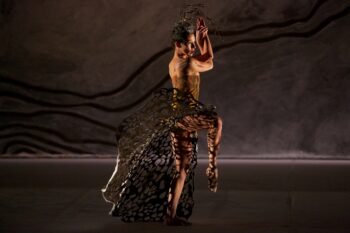 Aboriginal and Torres Strait Islander art is beautiful, unique and meaningful. Every painting, sculpture, weaving, dance, performance or creation shares and celebrates the stories of Country, cultures, history and community… 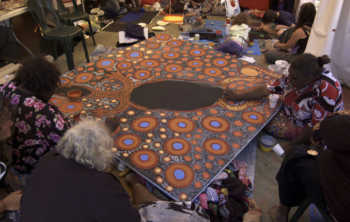 10 Aboriginal Artists & Art Centres You Need to Know About!

There is an incredible, ever growing array of Aboriginal and Torres Strait Islander artists who have dedicated their lives to the creation of stunning pieces that not only inspire joy…

It’s NAIDOC Week, a time of celebration and action!

It’s NAIDOC Week, a time of  celebration and action! NAIDOC stands for National Aborigines and Islanders Day Observance Committee. Its origins can be traced to the emergence of Aboriginal groups… 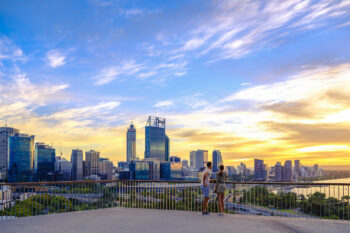 Ten of the best Aboriginal experiences in Western Australia

The summer school holidays are fast approaching, and we are all excited to get out and start having family adventures again. And while travel plans are tricky at the moment,…